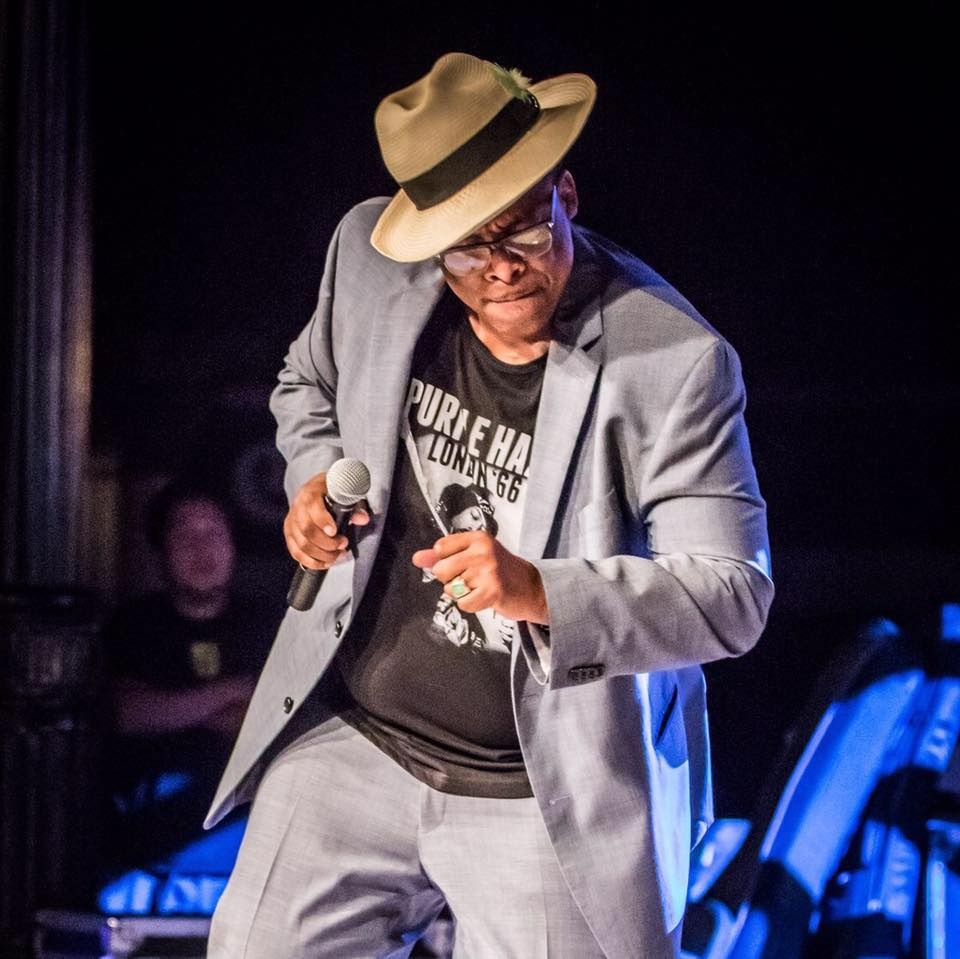 Alabama Mike adopted his nickname as he was born in Talladega, and that is where he got his first experience as a vocalist in the church choir. But for the last thirty years he has made his living on the left coast of the United States: in the military, as a truck driver, and now as a bluesman. The latter has been very rewarding, as he has earned two BMA nominations, both as a solo artist and with his acoustic blues trio, The Hound Kings. Mike (a.k.a. Michael Benjamin) writes and plays traditional-sounding blues songs with more modern lyrics that connect well with today’s listeners. This is one of Mike’s ways of pushing the edge of the envelope, so the title of his third solo album, Upset the Status Quo, makes a lot of sense!

This record is a slick piece of work, with production credit going out to Kid Anderson, who recorded this project at his Greaseland Studios in San Jose. Eight of the eleven tracks were written by Mike, and he provided all of the soulful lead vocals in his distinctive tenor voice. Thirteen fantastic musicians joined him in the studio, and the result of their labor is an hour-long set of blues, soul, and rhythm and blues, with a little funk thrown in for good measure. These folks include Ali Kumar on harp, Bernard Anderson on sax, Sid Morris on piano, Derrick D’mar Martin and Ronnie Smith on drums, Jerry Jemmot and Kedar Roy on bass, Jon Lawton on slide guitar, Jim Pugh on the Hammond B3, Bob Welsh on guitar and piano, and Kid Anderson on B3 and guitar.

Mike and his friends kick off the show with the title track, and “Upset the Status Quo” is a mid-tempo shuffle with a rich feel thanks to Kumar’s harmonica and Anderson’s sax. The backline has a neat feel with a conventional bass line and a dry snare tone that kills (in a good way). The lyrics poke at things that modern man spends too much time focusing on, such as the pursuit of material gain and the allure of giving in to the pervasive influence of social media, and Mr. Benjamin howls about these things with gusto.

Modern themes are also visited in “Identity Theft,” “Restraining Order,” and “SSI Blues,” and it is cool that Mike can take the stuff that people have to deal with today and put it into a musical form that is timeless. The latter has a sweet old-time feel with raunchy harp from Kumar and plenty of barroom piano over a foot-stomping beat. Mike shows off a great range as he takes thing up a register to tear this song apart. This is one of the standout tunes on the disc, in my opinion!

There are also three cover tunes on this disc, including Jimmy McCracklin’s “Think,” John Lawton’s “Rock Me in Your Arms,” and Little Johnny Taylor’s “Somewhere Down the Line.” “Think” is my favorite of these as the gang turns up the funk knob with Anderson’s sax, plenty of organ and wonderful guitar leads – this is all top-shelf material. The final product is a respectful and talented re-do of a classic tune, and the band really nailed it.

The set closes out with “God is With You (Benediction),” and it has a gnarly intro that is driven by a heavy dose of the mighty Hammond B-3. It settles down pretty quickly into a conventional rhythm and blues song, and Mike’s voice is at his best here as he has soul down to his very core. There are lovely backing vocals from Loralee Christiansen and Lisa Leuschner Anderson and this song of faith and love is beautiful; it is a sweet way to finish the set.

Upset the Status Quo contains some of Alabama Mike’s best work, and it is a very well engineered and mixed album that is entertaining from start to finish. Check it out for yourself, and if you like conventional blues this might just be a nice breath of fresh air for you. Also, if you follow his Facebook page you will find announcements for his upcoming gigs in the Bay Area, and if you come to one of his shows you might even get to see a few of the guest artists from this disc sitting in too.